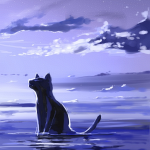 Hi, welcome to Gravity Rush Wiki! Thanks for your edit to the Kat page.

Hi SolidKat. I agree that this wiki needs work. I'll make you an admin if you promise to take care of this place and work extra hard. Don't dissapoint me. :)

Hey, I want to apologize for having neglected this wiki so much. You see, I'm the head another wiki, the Playstation All-Stars wiki. It's been seriously eating up my time. However, I'm ready to lend a hand around here. If you ever need any help just let me know.

That sounds good. Also I think we should get a wiki logo sometime.

Just wanted to let you know that I'm working on a series of infoboxes similar to the ones on psasbr wiki. Things are going to look much nicer from here on.

Just thought you'd be glad to hear that Kat has been rumored in All-Stars via leak. Here's our discussion. http://playstationallstarsbattleroyale.wikia.com/wiki/Thread:12735

Do you have any ideas for what to list in the Infobox? So far I got Gender and Games. Is there anything else to list? Sackchief 01:09, September 8, 2012 (UTC)

Hey Solid, currently I'm going to go through each character as I can. I currently did Alias's and now Yunica's. I do need someone to proof read though (one of my flaws :P), if you are willing to. I've got time this week so I might go into other character wiki's if you want me to. I might start Yuri's unless you want me to start on someone elses first? Megidra (talk) 21:39, September 25, 2012 (UTC)

Hey Solid, thanks for proof reading, I've added some of Cyanea's information to the site, apologises for taking so long, I'll start Gabe's next, then touch on Syd's. Need me to edit or add stuff just ask. Megidra (talk) 20:49, September 29, 2012 (UTC)

Thanks for the kind words about the character pages I've done :) and thanks for proof reading. Currently I am in the process of Gabe;s one. Gabe's and Cyanea's were the hardest because they were more "mysterious" and they leave a lot of question unanswered. Syd is just going to be time consuming but I should have his done as well.

That's good, please do keep me informed about what section you are going to incorporate as I'll be able to plan the sections for now I'll just do bio, trivia and appearance.

Erm, some is remembering the game as it was enjoyable, other times it is looking at written and video guides, and also the ingame text about each mission but I have missed quiet a bit, for example; Yunica I missed the DLC out and with Alias I forgot he appears at the end of chapter 4 saying his queen line. Your guide actually helped me remember the Alias bit :P. Also I'm actually unsure on what the Jellyfish actually is, during the game I thought it was in reference to the ship the army was on, but it might be the organisation before they got called the special defense force :/

Thanks again for your help proof reading, also might I request the trophy section to unlocked I might be able to format that for enjoyable viewing and up date the trophy pictures to better quality ones ;) --Megidra (talk) 18:47, September 30, 2012 (UTC)

Hey sorry to bother you again :P But I'm trying to update the trophy icon but I keep running into an error "File extension ".jpg" does not match the detected MIME type of the file (image/png)." I tried saving the pictures as jpeg, jpg, and png but it would not accept any of them. Should I upload them then swap them out? --Megidra (talk) 22:03, September 30, 2012 (UTC)

If you have the full trophy set just log in to the America playstation site. Access the trophy section of your profile, then on firefox, right click and choose view image, they have trophy pictures of 240 x 240px. I was just going to edit the trophy section layout hopefully when i finished with the coding in about an hour you should see the new formatted section. :)

Hey Solid apologies for not being on the wiki to make edits, been a bit busy. But I bring good news, I bought the Gravity Daze (called in Japan) official guide and they have a lot of pictures and information. I can't translate but there are some good pictures of the design process of characters. For instance you might have seen those Kat pictures flying around the web, Alias for instance was meant to wear an Anubis style head and Gade was more Hindu like. If I can get good HD pictures I will try to take them and add them, I don't really want to damage it though. Also its got a name for each type of Nevi (but there are the Japanese names for instance Nushi isn't called Nushi).

I do like the new home page, it looks more presentable :) I've looked for Gravity Kat font but i don't think there is any =/ Personally, I would find the logo and edit it. And I know somewhere you might be able to find one, on the official asia PS blog Gravity Rush got a mini comic series, http://blog.asia.playstation.com/community/hk/en/games/playstation_vita/blog/2012/06/19/how-does-she-manipulate-gravity-gravity-rush-comic-2-the-red-balloon

The first picture with the logo might help as its very editable ;)

Hi SolidKat. Good job dealing with those uncategorized pages. I approved you request, so I'm here to help. I just uploaded a possible new logo. Let me know if you want me to change either of the colors. JoePlay

Hey SolidKat, I just wanted to drop in on you and see how you were doing. I noticed you adopted this place. Congrats on that. I really like what you've done around here. You've done more for this wiki than I ever did for sure. Anyway, see you around.

Hey I've just completed GR and I loved the game if there is anything I could do to help just say I run a wiki of my own so I have a fair amount of experiance.  Anderzwa 14:31, April 8, 2013 (UTC)

Hey, it's no problem. Btw, if you ever want, we can affiliate our wikis. You know, I put your logo on my front page, you put mine on yours. It's just a suggestion, plus that new word mark looks awesome.

Yeah, I was thinking of the All-Stars wiki. You can also affiliate with The Last of Us wiki as well, I'm an admin there too.

Awesome, I'll be sure to add the Gravity Rush wiki logo to the others as soon as I can.

Hey SK. Sure, I'll help you out. First I need to explain a few things. The templates I'm using are a special kind of template known as a Portal Template. To get started you need to contact a user from the Dragon Age Wiki known as Tierrie. He's the one who invented the system and has a creative protection over it, so you'll need his permission before using it. He's pretty chill though and he'll probably say yes. After that you need to edit the CSS to have some complex coding. Feel free to copy and paste the CSS from the PSASBR wiki, but it will need some tweaking in terms of color code, because simply copying and pasting will cause the boxes to be light blue. After that, create a series of Portal Component templates by copying the codes and the required supporting templates and you should be good to go. Is there anything you still don't understand?

You have some faulty templates in there and frankly, its more complicated than it has to be.  Just copy the code from this template on my wiki.  It looks like the kind of thing you were going for.

Hey hows it going? Im sure you already heard about GR2. How insane is that?

Hi! So i saw a whole bunch of new photos that were added last week. I just wanted to know where you go it from and what it is from. Thanks!

I want to remove an inappropriate page that someone created on this wiki! I erased all text, but I can't seem to remove the page itself. I need help!

I'm not sue if you're still active here or not but here goes. Recently we've had issues with anonymous users vandalising the Team Gravity Project page by deleting content with no reason, adding content with no citation(s), and in general spamming the page.

Can you lock the page so only registered users can edit it to prevent this from happening in the future?

Hey, thanks for your welcoming and also for all of your awesome work in this wiki. I have been following it for some years now and decided to join and contribute with everything I can because of how much I love this series.

Hello! I'm from the FCB Wiki. I would like to request to be affiliated with your wiki. Here is our wordmark. Thanks!

Hey SolidKat, where are you? I just wanted to say hi with you, but I got some special a little update on Gravity Rush Wiki. :)

Hey SolidKat, I was just wondering if the story might continue from Gravity Rush 2. This series does deserve a trilogy. Mewtwoclone (talk) 01:06, February 26, 2017 (UTC)

Hey SolidKat, it's been a while you were back on Gravity Rush wiki.

Stopping by to Say Hello Edit

I'm fairly new here, and thought I'd come to this wiki to lend a helping hand, since I noticed that a lot of pages are screaming for updates, and since I am of course a massive Gravity Rush nut.

Anyways, just wanted to say hello to an admin on this site, and I'm happy to help this wiki in any way possible.

Retrieved from "https://gravityrush.fandom.com/wiki/User_talk:SolidKat?oldid=11095"
Community content is available under CC-BY-SA unless otherwise noted.