Hekseville's defenders have fallen, only Kat remains. Her anger swelling, she rages with power and transforms to battle Elektricitie.

...Angered by Cai's taunting, and the destruction that Elektricitie has caused, Kat becomes so enraged that she unleashes her Panther form against her. After defeating multiple of her clones, Kat falls to the ground exhausted, only to find that Elektricitie is still alive and continues to wreak havoc. The deranged-minded Cai continues taunting her in the hopes of breaking her fighting spirit.

Unsure of how to defeat the electricity wielding foe (and staying near two tall buildings for safety), Cyanea eventually intervenes by granting Kat a special visual power that allows her to see the real Elektricitie. With one final goodbye, Cyanea is then erased from existence. Now able to see the real Elektricitie, Kat finally destroys the omnipotent entity for good, saving the town. Elektricitie's defeat leaves Cai in disbelief that Kat was able to defeat her.

Cai goes into rant about his plan to remake the world to his own liking, even if a couple of towns are destroyed to achieve that desire. Despite taking the diplomatic approach at first, by reminding Cai that these are human lives he wants to take, he refuses to give in, and she slaps him to the floor after having heard enough of his insane ramblings. While crying and seeking comfort from his guardian Wolp, the two are absorbed and merge together with the sinister entity: the Destructive Force. Sensing that the Destructive Force has finally revealed itself to the world, Bit performs his final act to assist Kat in saving the world by resurrecting an old friend of hers...

This episode begins with Kat in Panther mode. The mode is unlimited for this phase, so use it as much as you need to until prompted to finish off Elektricitie. Don't get too over-enthusiastic with your attacks though; Kat can still be damaged by the electrical shield and drain her health very quickly.

Next phase, you won't be able to do much, so stay near the tall buildings since the electric attacks will strike those between reaching Kat (but make a quick dash toward the vitality gems in front of you to refill your health, first). Wait this part out until Cyanea shows up to allow Kat to see the real Elektricitie, who glows green and yellow. Be careful of the duplicates, especially if you are airborne since the clones will attempt to strike Kat all at once while she's in the air. Instead, stay on the ground, and focus all of your attacks on the real entity. It is recommended that you use Stasis Field to attack from a distance to avoid unnecessary damage, and search for some undetonated missiles to deal more damage. If you have enough SP energy, charge up a Piercing Throw to whittle the boss' health down faster until you get the prompt to perform the finishing move. 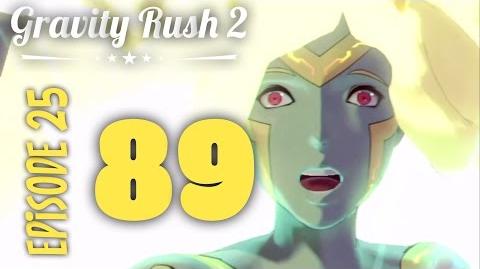 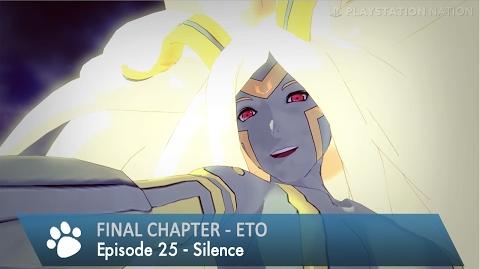