Kat and Syd have been living an austere life inside the Banga Settlement's barnyard. Their daily routine is broken as one of the old miners, Gawan, asks them to go looking for the young girl, Cecie.

Sad Angel is the first episode of Gravity Rush 2 and the Banga Settlement chapter.

As Kat falls asleep, she and Syd are awakened by a panic stricken Gawan, informing the pair that Cecie has ran off. After asking around for answers, Kat spots Cecie heading deep into the Gravel Pit. As Kat chases her down, it suddenly becomes dark, and Nevi suddenly appear, indicating the threat of a gravity storm; Lisa gives the order to evacuate the area, but Syd grabs a bike and heads in to distract the giant Nevi. Just as Syd falls to the ground (injuring himself), Kat is relieved to see her partner, Dusty (it appears as Cecie had been looking after him since Kat and Syd arrived in Banga).

With Dusty at her side again (thus regaining her powers), Kat effortlessly dispatches the Nevi, much to Lisa's surprise. After scolding Cecie, she apologises to Kat and allows her to use the spare room as thanks for bringing Cecie back safely. Unfortunately, she also has to pull double-time when she learns that Syd is unable to work, to Kat's dismay. While she sleeps, Syd brings Kat her newly patched up outfit. The next morning, Kat takes a few minutes to get used to her gravity powers again before her next assignment.

After you finish talking to Gawan, Kat has to find Cecie, who has wandered off. You have to talk to three people to get the location of the gravel pit, then just keep following the way-points until you encounter the Nevi, which will activate a cutscene. After the scene, don't worry about the Nevi, just look for the broken fence as guideline if you're not sure where to go; keep following the path till you reach Cecie, which will activate another cutscene, then after that just follow the button prompts in a brief Quick Time sequence.

After Kat changes back into her familiar outfit, you're reintroduced to the basics of Gravity Shifting. Once you have finished, go talk to Cecie, then head to Gawan and talk to him. After that go talk to Misai, then head over to the gravel pit.

This will serve as the tutorial for using gravity shifting for navigation; for people who have played Gravity Rush before this should be a little refresher for you. Newcomers to the series should take the time to learn how to shift gravity properly; the game will give you an option to replay the tutorial, so feel free to retry it until you're ready to move on. Once you have completed the tutorial, go find Syd where he is found at the northern part of the settlement on the map. 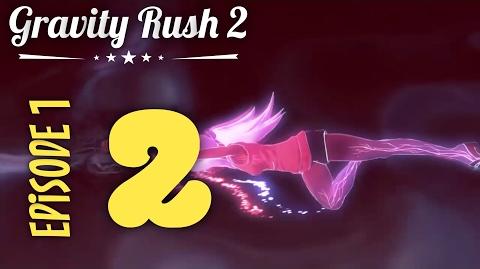 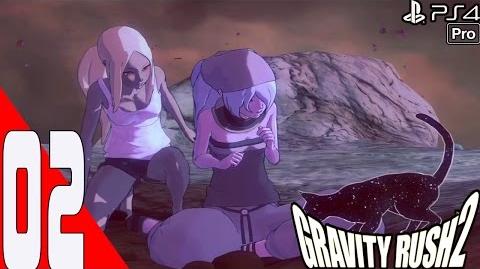 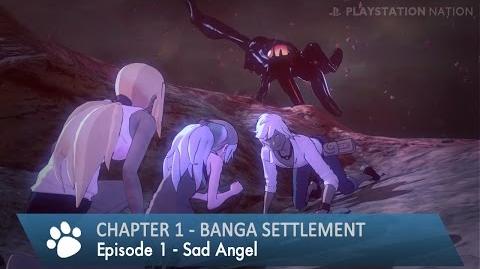