Lei Colmosna is the Marketplace of Jirga Para Lhao. A bustling hub of restaurants, docks, and businesses, it is the first location to which Kat arrives after disembarking from Banga. The houseboats of the Banga also dock in Lei Colmosna.

Geography-wise, Lei Colmosna is above Lei Elgona and below Lei Havina and Avarash au Govena. Of the eight areas/districts in the entire game, Lei Colmosna is the largest as there is a central marketplace as well as a downtown area, which looks similar to Vendecentre in Hekseville, and plenty of small to mid-sized islands scattered throughout. Because of this, Lei Colmosna has the most amount of manholes as it will take a quite a while to travel from one end to the next.

Lei Colmosna is the location that Banga docks in when they set out for more supplies for their fleet. Kat uses this as an opportunity to explore the city, which started with her visiting the harbour and checking in with Vogo, only to learn that the ore shipment she gathered from the Enchanted Zone was missing some of its inventory. This led Kat to descend below Lei Colmosna to find the thieves responsible.

Some time later, Kat is trying to track down her missing friend, Raven, whom she was separated from prior to arriving in Banga. After a lengthy chase around Jirga Para Lhao, and a fierce battle at Banga, Raven is freed from the Garrison forces' mind control, and proceeds to kick out the invading soldiers with assistance from Kat.

Kat later visited the Sun Mansion on the Western-most point of Lei Colmosna to discuss Vogo's next move in dealing with the authorities in the city, but not without Raven barging her way in during the meeting. Aside from meeting in Lisa's hut to begin a revolt against the Council, nothing else of note happens in Lei Colmosna story-wise, other than a few side missions. 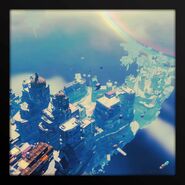 Another view of Lei Colmosna, taken with the Camera 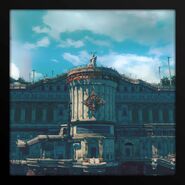 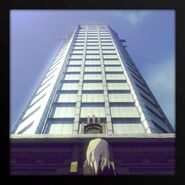 Kat in front of the Tritower, the tallest structure in Lei Colmosna 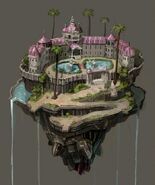 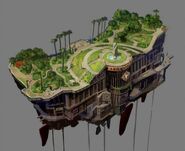 Retrieved from "https://gravityrush.fandom.com/wiki/Lei_Colmosna?oldid=16212"
Community content is available under CC-BY-SA unless otherwise noted.