Kat is reunited with Syd in the mysterious dimension between dimensions known as the Brink and experiences memories from a century prior. As Kat recalls her previous life as Queen Alua, Syd leaves her with a disturbing parting.

Lamentations is the twenty-third episode of Gravity Rush 2 and the third episode of the Eto chapter. The episode focuses on events from Kat's past and recovery of said memories to prevent a dark force from destroying the world.

As Kat is sent away to face her past, Raven awakens in her icy prison. She rushes to the throne room, where is stunned by what she sees. Bit appears and shows her a vision of Hekseville under attack from Elektricitie. He then restores her memories of the events that took place before this story began, hence why she recognizes Bit almost immediately. Knowing that she may not survive the encounter (the prison she was in had already taken its physical toll on her), Raven hurries back to Hekseville to buy Kat some time until she returns herself.

Meanwhile, Kat finds herself in a strange place, but she is greeted by Syd. As usual, he gives her a cryptic description to the place before disappearing. Bit introduces himself (though Kat recognizes him as the boy that helped her back in Hekseville), and he explains the Brink to her; a dimension between dimensions, where things that are lost and things that are and are not born exist and do not exist. He instructs Kat to remember, face, and accept her previous life as Queen Alua, before she can face the threat below. One by one, Kat completes the pathways that lie before her using Lunar and Jupiter styles, with each path revealing a piece of her past. It is discovered that as Queen Alua, she wanted to help the people below Eto as soon she learned of the dark void that was rising at the bottom of the world, to the objections of the Senate. She recorded a message (via a red crystal) to the people below to warn them of the impending danger, having told them to evacuate. She also learns that Syd was actually one of her servants.

Syd appears on the final path with some chilling words: "This is our last memory together. Farewell, Kat.",all but confirming that Syd was in fact killed back when he bought Kat and Raven time by distracting the Lost City. Her final memory reveals how Kat and Syd arrived in Hekseville as well as where Dusty came from; Alua was pushed off of Eto and left hanging on for dear life, Dusty appeared before Kat after she fell, and Syd was resurrected. As Xicero attempts to assassinate her, Syd steps in to save her but is stabbed in the back by Xicero, killing him and causing Queen Alua to fall. Now having accepted her past, Kat is saddened to see that her old friend had died trying to save her 100 years ago. With Elektricitie's wrath already in motion, the Creators decide to help Kat defeat her in spite of the consequences, under the reasoning that they cannot stand by to watch the world get destroyed. Before leaving, Bit whispers something to Kat, and Gade gives her his final words: "This is the last time I can guide you."

Your gravity powers are disabled for this episode, but you can still switch styles. The Brink is designed like a more traditional platforming level, with elements of puzzle solving. The goal is very simple: use Lunar and Jupiter style to shift the red blocks into the pathway to complete the path and unlock one of Kat's memories. In later puzzles, you will need to alter gravity to move the blocks around more. If you fall off at any time, the blocks will reset, but there are invisible checkpoints along the way, so don't be too fearful of falling. 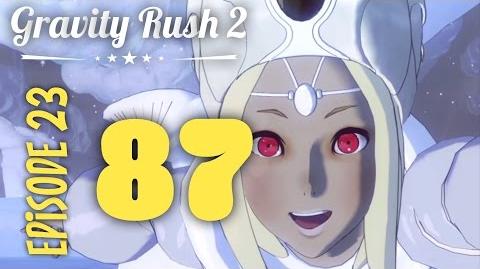 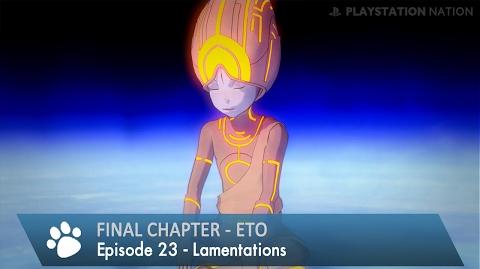