Edit
There are still missing pieces.
This article is a stub and is in need of more information. You can help the Gravity Rush Wiki by expanding it.

Vogo's shipment to the Council has come up short - likely the work of a criminal organization that has risen in the town. Kat heads out to find their hideout and recover the stolen cargo, but discovers a very disturbing truth regarding the poorer citizens of Jirga Para Lhao.

Circles in the Water is the fifth episode of Gravity Rush 2, and the first episode of the Jirga Para Lhao chapter.

As she explores the new city, Kat stumbles upon Vogo at the harbour counting up the amount of ore to be shipped. Under the pressure from the Council to get it ready, Vogo tells Kat that some of the ore is missing. Fi claims that a group of bandits known as the Angry Centipede are the culprit. Kat sets out to find any shady character matching the description, successfully does, and then tails one of them back to their hideout. After beating up some of the bandits, Kat is struck by debris (giving her a bloody nose) and horrified to learn that Lei Elgona is home to the poorest of citizens, and the Angry Centipede only stole the ore to feed those less fortunate. All of a sudden, Garrison Forces storm the hideout guns blazing after the citizens failed to return the goods that the Garrison asked for prior, and Kat fights them off until they retreat. The Angry Centipede show extreme gratitude towards her for helping them, to which Kat apologizes for misunderstanding their intentions; though, she still retrieves the ore and gets it back to Vogo. However, she takes her share of the ore she got a while back and gives it to one of the families in Lei Elgona, as she could not bare watching it get handed over.

The social division leaves Kat feeling disgusted by the city's treatment of the poor, but even more so by Lisa's apathy towards it when she tell Kat that this is just the way things are Jirga Para Lhao.

Start by asking people around the harbor to get some Intel on the Angry Centipede. Once you find one of them, follow him to Lei Elgona and tail him back to the Angry Centipede's hideout. You'll have to fight some of them once you arrive, only to learn that the district is home to the worst-off citizens of Jirga Para Lhao. Garrison forces will invade, and you need to fight them off as well. After that is done, the Angry Centipedes will become your allies, and will provide some side missions after completing the episode. 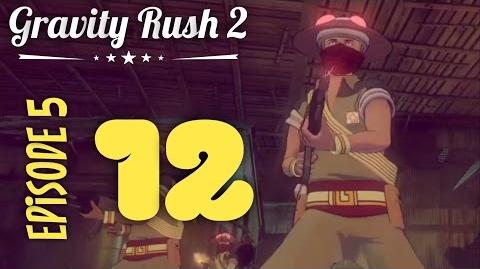 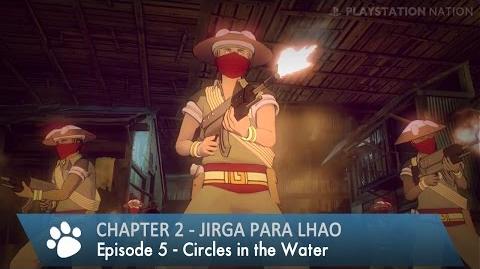