Immediately after the final boss

Hekseville a year later. Raven has taken up where Kat left off as the city's defender. As she patrols the city, she hears a familiar cry coming from over the cliff.

It is a playable epilogue that gives a lot of the characters closure, and it is one of two episodes in the whole game in which the player controls Raven.

A year after the Destructive Force was defeated and sealed, Raven has taken up Kat's mantle as Hekseville's defender. As she leaves for her patrol, she is greeted by Syd (still donning his Alias suit), who informs her that Cai was taken into custody, but mysteriously disappeared at some point. He also tells her that Banga is stopping by Vendecentre later on that day. After she stops a street brawl between a pair of thugs, Chaz and Bulbosa appear with news that additional officers have been deployed in Auldnoir. Bulbosa convinces Raven to go to Pleajeune and have a night to herself to see if love is in the cards.

As she heads to Pandora's Fortunes, she spots Aujean near the Goddess Statue having a celebratory drink with his unseen wife. His son Eugie has been accepted in Arquebus Academy, and he believes that Kat would have been shocked if she heard the news, but Raven is hesitant in her reply. She finds Eugie to congratulate him on getting into Arquebus Academy, after which she heads over to Pandora's Fortunes to "try her luck." Pandora supposedly is not feeling right according to Aki, but she is generous enough to give Raven her services free of charge. As Raven leaves, Aki wishes her peace and joy, but there is someone waiting for her in Vendecentre.

Raven decides to stop over in Endestria to check for trouble, since it is on the way to Vendecentre anyway. While she does not see anything out of the ordinary, Yunica and Permet show up. Yunica states that almost everyone pulled through, but Raven knows she is referring to Kat being the one who did not. She also states that the Delta Force is not needed anymore as the threat seems to be over, but they will continue training in case a threat arises. After Yunica and Permet are called back to base, Raven heads over to Vendecentre.

Arriving in Vendecentre, she sees there is no trouble in the plaza outside the train station (Loop Line Station #1), but as she looks over Freedom Square, Raven spots Newt and Echo and goes over to greet them. She is introduced to their newborn baby named "Alua". Echo thanks Raven for all she has done for the city, also passively thanking Kat. At this point, Raven is struggling to cope with Kat's disappearance more and more. Newt informs her that Banga is arriving in town and that Lisa has done a great job of leading Hekseville.

Raven heads over to the Banga Fleet to talk to Lisa and Cecie; the former does not show any interest in becoming mayor despite the compliments she gets from people, since she does not care for titles, just doing what is necessary; the latter has has been handling things over in Banga and has done a wonderful job of it, with Raven commenting that she has grown into her role. Cecie proclaims that she has always wanted to be like Kat: strong and positive. Afterwards, Raven has a chat with Vogo and Fi about their new plans for Sun Shipping. She offers to help them with a small delivery, since she was going to see Gawan anyway. Despite Vogo and Fi's concerns about her being all alone without Kat, Raven insists that she has moved on (though she clearly has not). She delivers the crate to Gawan, who commends how much Cecie has grown, and even confuses Raven for Kat. Before she leaves, he encourages Raven to pay Banga a visit if she ever needs anything.

As she leaves, she hears Misai call out to her from below. Misai notices immediately that Raven is trying to hide how grief-stricken she is over Kat and she does not need to hide it. Though she claims she has Kat in her memory, Misai's persistence causes Raven to finally break her façade and describe what it truly feels like to lose Kat; she describes it as "having half of who [she is] torn away from [her]." Misai relents, but this causes him to tear up and tell Raven to visit Banga more often. Just as Raven thanks Misai for looking out for her, both hear a familiar sound. Raven investigates, believing the familiar cat cry to belong to Dusty; she desperately tries to track the source, believing that Kat is alive. With her search coming up fruitless, Raven stares over a pier questioning her grip on reality. One more cat cry is enough to prompt Raven to turn around, delighted to see that her best friend is alive and was able to return to Hekseville (although this is left ambiguous since Kat is not seen directly).

Just follow the navigation markers while voice actor credits appear. All you'll need to do is beat up two thugs and talk to everyone you come across on Raven's patrol route. Before talking to Gawan though, you'll use Stasis to pick up a crate, and deliver it to him. You'll have unlimited use of Raven's powers in this episode, and free roam is possible. Feel free to go at your own pace. Failing this episode is practically impossible. 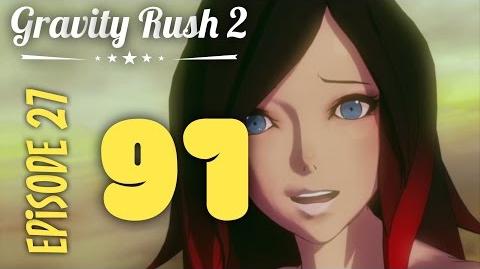 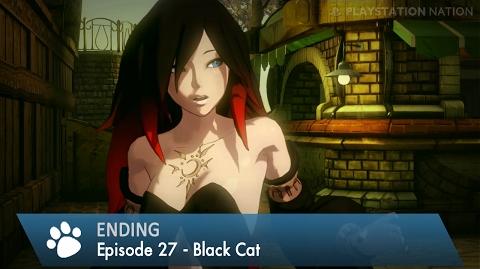 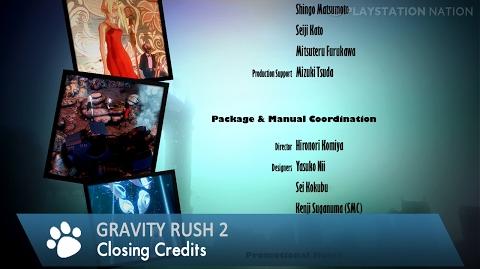