Surprised by Banga's meeting of the contract's terms, Vogo quickly proposes to settle the matter with a competition. Kat meets her match with Vogo's very capable brother, Fi, though the game they are about to play is rigged.

A Dog Without a Collar is the fourth episode of Gravity Rush 2 and the Banga Settlement chapter.

While Lisa is conducting a ritual in the Lhao tribe's honour, Vogo shows up, furious that Banga's last shipment came from the Forbidden Land. He challenges Banga to a target game (best of 3) in which the winning party will decide the shipping terms. Despite Lisa's skepticism, she allows Kat to represent the settlement as Fi's opponent. Kat wins the first round easily, but Vogo tries to rig the remaining rounds in his brother's favor. Though Kat loses the game, Vogo's trickery didn't go unnoticed by, of all people, Fi. Upon discovering his brother's deception, Fi calls the bet off as he refuses to be involved in an unfair fight, and decides to challenge Kat to a game of B'oarack.

Kat willingly accepts Fi's challenge, even without Dusty's help despite Fi making the allowance for her to do so. Lisa opts to watch over the event to prevent any further cheating. Though Fi puts up a strong fight, Kat ultimately wins, and succeeds in getting Banga fairer shipping terms. After the event, Banga sets port to Jirga Para Lhao.

You need to knock over 10 targets to win the round; the targets will pop back up over time, so don't worry about running out of targets to hit. A swift kick (ground or air) or Gravity Throw will work. The second and third rounds are scripted to stop Kat from reaching 10 targets, so don't concern yourself with trying to win these rounds.

During this section of the mission, try to keep in as close to Fi as possible, and watch out for visual cues for when he uses his whip. Launch a barrage of kicks on him until he drops one of his bells. Repeat 3 times. If you can knock him into the water, you'll win the round by default. 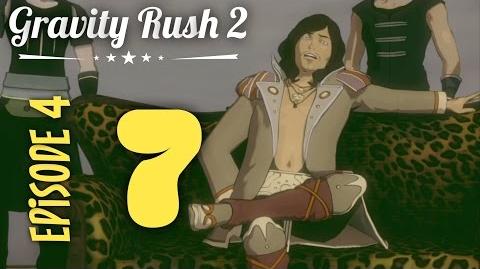 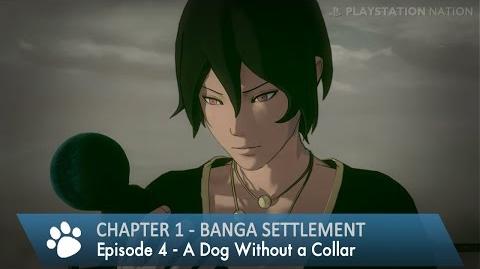 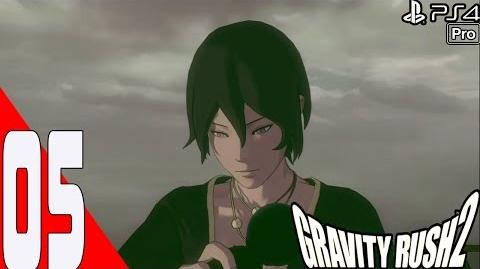 Gravity Rush 2 - Walkthrough Part 5 - Chapter 1 Banga Settlement - Episode 4 A Dog Without a Collar
Add a photo to this gallery
Retrieved from "https://gravityrush.fandom.com/wiki/A_Dog_Without_a_Collar?oldid=15878"
Community content is available under CC-BY-SA unless otherwise noted.